One of the key elements in and film is the quality of the soundtrack; if you have the right music, then your film is improved significantly. 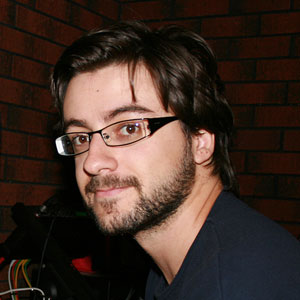 Ryan Kris comes from the world of music not associated with film; bands and recordings are his thing. When asked if he would like to participate in SYJ, he agreed because he thought it would be a challenge. Indeed, a challenge it was, as he soon found film music a whole different genre to anything he had tried before.
Ryan's experiences include :

He currently works at a local ISP, where he earns most of his money, but his real passion is music. Ryan's work is a real spur to the rest of the crew behind SYJ, as they try to live up to the bar raised significantly by the quality of the music in the film.